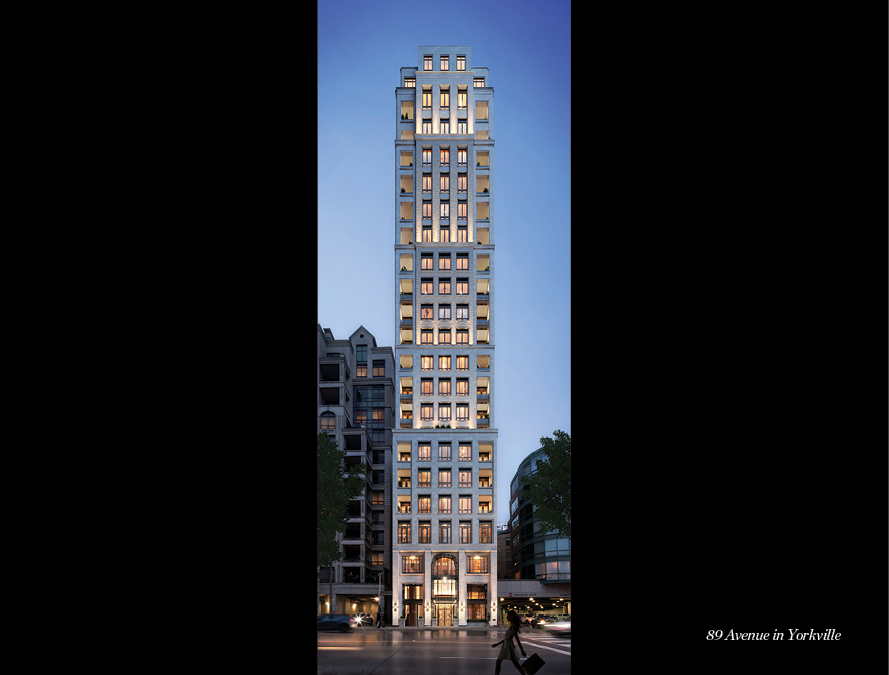 Prices and sales activity ramp up, with Toronto leading the way

The City of Toronto’s operating budget for 2021 was approved in February without an increase to the Municipal Land Transfer Tax (MLTT) on homes priced over $2-million, as had been discussed. But the idea of a ‘luxury tax’ has not been entirely dropped.

Instead, city council directed city staff to study potential tax increases for homes valued at over $2-million, $3-million and $4-million, as well as impacts that an increase would have on such things as supply and affordability in the housing market, and on Toronto’s post-pandemic recovery. Staff will submit their findings to city council in July as part of a larger report addressing Toronto’s long-term financial direction and revenue tools.

The pros obviously are increased revenues for the city, some of which could go to building more affordable housing and transit. City staff also think it’s a way to incentivize buyers and sellers to transact below the price cutoffs, theoretically reducing prices.

Industry concerns focused on the potential for the tax to further constrain the supply of homes for sale in Toronto, which has been one of the main factors driving the current hot seller’s market.

The fears were such a tax would potentially discourage buyers who were looking to move up to a pricier home from listing their current home. And, therefore, more modest homes would not be made available, exacerbating affordability problems.

Instead, inadequate supply of housing is the central issue that needs to be addressed, say people in the housing industry.

“It’s very short-sighted,” says Ben Rogowski, executive vice-president and chief operating officer of Canderel, the company behind the lower rise, luxury condo project at 625 Sheppard Ave. E. “We live in a free market. People are coming to Canada because of all the things we offer. Government is so focused on introducing policy that curbs demand. Why don’t we shift our efforts to policy that increases supply?

“It’s basic economics that it should have the same impact in terms of establishing the equilibrium. We are just assuming the demand will always be there. But one day the world will look to Canada and say this country is making it so difficult for us to live there, so let’s look elsewhere. We are taking that demand for granted, introducing policies that curb demand. It just seems completely backwards to me.”

Frank Mazzotta, president of Armour Heights Developments, which is building the 89 Avenue Road condo development in Yorkville, says the government is misguided in focusing on policy changes that put artificial brakes on a hot market, one that is driven by such factors as limited supply, immigration, low borrowing costs, the speeding up of a vaccine rollout and general optimism about an economic recovery.

Mazzotta says Toronto is still relatively affordable compared with such world capitals as New York and London, helping to make it appealing for international buyers.

“You want to attract people here,” he says. “We have to continue to build. We want to bring more money into the city. We need infrastructure. We need housing. The more houses we build, the more taxes it will generate in perpetuity. Slowing it down will make things worse. You don’t want to crush the construction market. The more housing we build, the better it will be for our infrastructure, for development costs and for taxes the city will be generating. Why would you want to stall it?”

Luxury developer Shane Baghai says that, like in some European markets, people will find a way around a “socialistic tax and excise imposition.”

“The government thinks they are smarter than people,” he says. “They are very wrong. People will always prevail. Maybe not immediately, but eventually. We need to incentivize. We want more people living downtown. The type of people who come to Canada are people of means. A lot of them are professionals.

“Part of the answer is for municipalities, the province and the feds to free up land, and come up with regulations for stability, plots of land to be gentrified and built up in an affordable manner.”

According to the federal government’s immigration plan, to help support economic recovery post-pandemic, Canada will welcome more than 1.2 million immigrants through 2023.

Christopher Alexander, chief strategy officer and executive vice-president, RE/MAX of Ontario-Atlantic Canada, says the projected $18-million revenue such a luxury tax might bring is a “drop in the bucket” when talking about investment for affordable housing and transit.

“It’s critical that our governments carefully consider the unintended implications of any future taxes and policies as a way of slowing down the housing market,” Alexander says. “Would a new tax or policy put out the fire? Maybe temporarily but, in the past, these cooling measures have only provided a short-term fix to our ongoing housing crisis. They’re not a long-term solution by any means.”

More supply is the only answer, Alexander adds, and there need to be incentives for more development of affordable, family-sized housing, such as three-bedroom condos, and for expanding existing boundaries to allow for residential development.

Not everyone thinks the proposed tax increase is a bad thing, however.

“Toronto will generate additional revenue and, if combined with other cooldown measures, it may help slow down the market from this frenzy state,” he says. “Be mindful that this tax alone will not deter the majority of buyers from purchasing a property. I suspect a tiny portion may have to reconsider in light of affordability issues.”